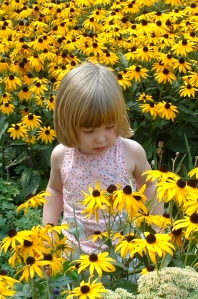 “If in their tender years the minds of children are filled with pleasant images of truth, of purity and goodness, a taste will be formed for that which is pure and elevated, and their imagination will not become easily corrupted or defiled. While if the opposite course is pursued, if the minds of the parents are continually dwelling upon low scenes; if their conversation lingers over objectionable features of character; if they form a habit of speaking complainingly of the course others have pursued, the little ones will take lessons from the words and expressions of contempt and will follow the pernicious example. The evil impress, like the taint of the leprosy, will cleave to them in afterlife.

The seed sown in infancy by the careful, God-fearing mother will become trees of righteousness, which will blossom and bear fruit; and the lessons given by a God-fearing father by precept and example will, as in the case of Joseph, yield an abundant harvest by and by.“