Many thanks go to Angela at Pearls of Price for sharing her blog post with AHE.

I heard a man speaking yesterday about how schools kill creativity. Everything about the typical school system undermines creativity rather than nurturing it. Everything is turned upside down in importance…. the arts and creativity is usually relegated to the bottom of the stack right after science, etc… What they are actually finding is that little kids all have the capacity to be divergent thinkers…. but in studies it shows that as the children get older (more educated) that capacity deteriorates… It shouldn’t be this way.

Okay, not a new concept to us old homeschoolers, probably. That’s part of why we homeschool /ed our children.  However, I think the temptation to do “school at home” and follow the pattern we’ve known is pretty strong in a lot of cases. There’s a picture in our head of what “educating” our children is suppose to look like. . . and it looks a lot like a kid sitting at a little desk studiously looking at the open book and a pencil in their right hand. Doesn’t it?

And if you don’t follow the “norms” for good solid reason because you’ve really studied the book Education, or because the Moore Formula just totally makes sense to you, it doesn’t automatically exempt you from feeling like you just might mess up your kid. Insecurities abound. Especially when one of those kiddos of yours still isn’t reading at age 11 and the other one at 12… 4th grade math is a DISMAL failure -so bad you throw the books out in November and skip math altogether the rest of the year  because it’s crazy making. And well, you remember when you were 13 and homeschooled and STILL trying to learn the times tables.  The abstract concepts of grammar beyond nouns and verbs might as well be in Chinese. You send your little herd off to get started on their “school work” while you do the breakfast dishes and change the laundry, and get distracted by an email, (good thing they didn’t have facebook in my day) and you come back to reality two hours later and find out they have been drawing and painting and sorting seeds. One child is found planning next year’s flower garden and has smuggled the bunnies into the rec room, while another child is missing altogether. You know she probably has the camera and is taking 6 thousand more close-up photos of that blue English banty crowing his head off. There’s not a book in sight. And you think, “If people ONLY KNEW!”

I was NOT a model homeschooling mom by most standards.  In my heart I believed I knew that I had the basic concepts of homeschooling right, but I was plagued with thoughts of needing to do better than I was.  Sometimes I felt guilty. Sometimes I really worried… like the year I threw out Brianna’s 4th grade math. Unlike her sisters, she was a non-conformist in so many ways. She would study ONLY that which interested her – which was everything under the sun, except what is on the typical school menu. I would sometimes push her and I could sense I was crushing her spirit. I mean, there was a certain amount that was expected – like it or lump it, but for this child only the MINIMAL was ever accomplished. Since I did not use a canned curriculum or set program she got away with not doing very much seat work…. partly because she was too busy being creative, and because she knew I wouldn’t stop her if she were actually learning something even if it wasn’t on my agenda. She was forever painting, drawing, making, collecting. She horded things like feathers, seeds, and quail eggs. She played her violin, she had garden projects and half dozen varieties of game birds. She always had the camera with her… 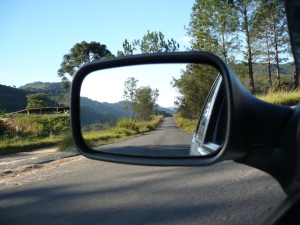 It so makes me want to tell parents to chill out.

Makes me wonder now. IF I HAD MADE HER conform, if I had been one of those people who could always follow a schedule and lived by the clock, etc… WOULD Brianna be who she is now? Or would she have lost some of that free-spirited, artistic, creative flair that so characterizes her whole person?

As it turns out, somewhere in her teens math was suddenly intriguing.  Vanessa ran into some math person at the college today and the guy was still talking of Brianna’s appreciation of calculus and trig. She learned to read at age 11 when we figured out she had a tracking issue and did something about it.  She has recently discovered she loves writing a LOT. She writes all the time. She is a pretty unflappable public speaker. She could be an engineer, or a business woman, or a farmer ( or a mom someday)… She is still working on figuring out what she wants to do, but her journey is leading her towards writing, videography/photography, agriculture, and a hundred other interests and talents that are competing for her time.

Would I have done anything different in my homeschooling  knowing what I know now?

The answer is a resounding Yes!

Yes! I WOULD have done something differently.

I would have quit worrying, stopped feeling guilty, and given up comparing myself with other homeschooling moms.

I would have celebrated all the creativity more.
****
{There are a few more things on my list of what I would have done differently if I could have. I would have made that kid learn to spell even if she “couldn’t see what the point of it was.” Yes, those are Bri’s  very words. I tried, actually. Really tried. That’s her regret.  And I would have persevered in finding out why reading was so hard for Vanessa. That is my  greatest regret. } ****
I still wish sometimes that I could homeschool the twins. Their creativity is broken and I would love to help them discover that dimension of life…. It’s one of the saddest parts of what has happened to them. Instead, we must continue to sacrifice the journey to creativity on the altar of finding ” normal” all for the sake of peace.

-You can find Angela at Pearls of Price